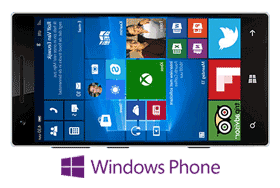 Despite the increasing popularity of Microsoft´s mobile software, there are currently limited options to play online poker on a Windows Phone. The main reason for this is that many poker sites are yet to acknowledge the appeal of Windows Phones (which are currently outselling the iPhone in parts of Asia) and develop Windows compatible real money poker apps.

A handful of sites are starting to develop “universal” web apps that are written in HTML5. Although these are optimized for Apple devices, they seem to work perfectly well on Windows Phone 8 and later versions of the software. This enables players with Nokia Lumia cellphones or other mobile devices running Microsoft software to play a browser-based version of the poker software.

Getting Started on a Windows Phone

Incredibly, the few poker sites that do enable playing online poker on a Windows Phone make finding the link to download the web apps a bit of a quest. For example, I found the link to 888Poker´s web app for Windows on the site´s my.888Poker community pages. You may have to search around quite a lot even to find out whether your preferred poker site provides poker software that is compatible with a Windows Phone.

Thereafter, using the web apps is straightforward. However, although operational and giving access to cash games, Sit & Go games and multi table tournaments, they only have limited functionality. For example, after downloading 888Poker´s real money poker app for Windows Phones, I found that you already had to have an account registered and funded before you could use it.

Where to Play for Real Money on Windows Phone

There are banking facilities and access to customer support, as well as a chat facility to interact with other players. Unfortunately real money poker apps for Windows Phones do not have a note taking facility nor support third party poker software such as HUDs.

Despite these few drawbacks, playing online poker on a Windows Phone gives you a lot of freedom to play where you like and when you like. I found that one of the great advantages was being able to qualify for a later tournament on the journey home from work, and then compete in the tournament from my desktop later in the evening!

Although not as advanced as the downloadable apps for Android and iOS devices, it is better to have limited options to play online poker on a Windows Phone than no options at all! While playing online poker for real money on a Windows Phone, you can clear bonuses, earn points in the sites´ VIP rewards programs and participate in poker promotions.

I would recommend downloading the web apps and getting familiar with them before venturing out from your home to play poker. Maybe even play a few hands of play money poker to get used to the controls. As more and more players take advantage of the web apps, hopefully more poker sites will become aware of the appeal of playing online poker on a Windows Phone, and more functional apps will be developed in the near future.