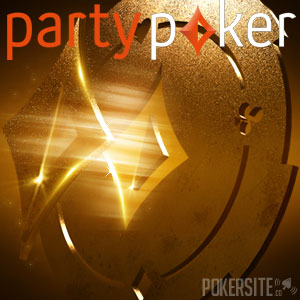 There are only a few days remaining for players to find some buddies, form a team and register the team for Party Poker´s Million League Challenge.

Next Monday (30th January), Party Poker[/geolink will be launching its latest promotion geared towards qualifying as many players as possible for the $6 million guaranteed Party Poker Millions in April – the Millions League Challenge.

The promotion invites players to form into teams of up to four players and compete against other teams to win Phase 1 and Day 1 entry tickets. With seats worth more than $50,000 up for grabs – and plenty of cash prizes as well – this promotion is sure to be popular.

How the Promotion Works

From Monday, Party Poker is hosting a series of “Daily League Games”. These tournaments have a $5.50 buy-in of which half goes towards the cash prize for each tournament, and the other half helps build the prize pool for a Grand Final to be played on Sunday 26th March.

As well as cash prizes in each tournament, players can win Chip Points. The Chip Points are significant because they add up over the seven weeks prior to the Grand Final and will be used to calculate each player´s starting stack. How chip stacks are calculated is a little complex:

The Advantages of Playing in a Team

Although teams of fewer than four players can take part in the promotion – as indeed can individual players – there are advantages to having a team with the maximum size possible. The more players in a team, the more chance that one can go on a hot streak through the weeks leading up to the Grand Final and boost the whole team´s starting chip stack in the Grand Final.

Get Your Millions Team Registered Today

The Party Poker Millions League Challenge will not only be competitive, it promises to be whole load of fun. To give your team the best chance of reaching the Grand Final with the biggest chip stack, get your team organised and registered today so it is ready to start playing in the first of the Daily League Games on Monday.

If you do not yet have an account at Party Poker, don´t forget to create and fund your account using the Party Poker bonus code “PSITECO”. This bonus code will entitle you and other team members creating a new account to a 100% bonus on your first deposit up to $500 – a bonus that can be cleared as you and your teammates strive for glory in the Party Poker Millions League Challenge